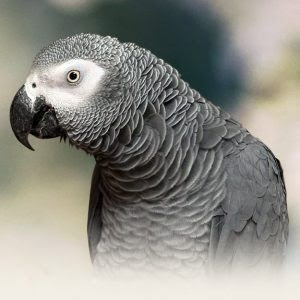 The African grey parrot’s ability to talk and mimic sounds makes this medium-sized parrot a captivating companion. African grey owners often report that their greys oftentimes talk in context and seem very attuned to their people’s emotions. The African grey parrot is not just a top talker — this bird is also known for its extreme intelligence, which gives them the moniker “The Einsteins of the Bird World.”

The African grey parrot is one of the most talented talking/ mimicking birds on the planet, giving it quite a reputation among bird enthusiasts. Not only do bird keepers love this intelligent bird, it’s one of the most recognizable species to bird novices as well — everyone knows the African grey parrot. This parrot is one of the oldest psittacine species kept by humans, with records of the bird dating back to biblical times. Understated beauty and a brainy no-nonsense attitude are what keep this parrot at the peak of popularity.

At first glance, the African grey is a medium-sized, dusty-looking gray bird, almost pigeon-like — but further investigation reveals a bright red tail, intelligent orange eyes, and a stunning scalloped pattern to its plumage.

The Timneh African grey (or TAG for short) is smaller than the more popular Congo African grey (CAG). It has a darker gray body, nearly black, with a horn-colored beak, and its tail ranges in color from maroon to dark gray or black.

African grey parrots generally inhabit savannas, coastal mangroves, woodland and edges of forest clearings in their West and Central Africa range. Though the larger of the African grey subspecies is referred to as the Congo African grey, this bird actually has a much wider natural range in Africa, including the southeastern Ivory Coast, Kenya, and Tanzania. The Timneh African grey is found in a smaller region along the western edge of the Ivory Coast and through southern Guinea. Their diet in the wild consists mostly of palm nuts, seeds, fruits, and leafy matter. 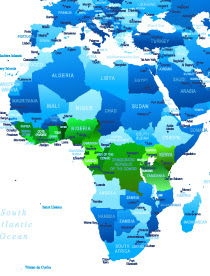 There’s a reason why the African grey is often considered the poster bird for parrot intelligence — not only is this bird inclined to amass a large vocabulary, African greys also demonstrate an aptitude for recognizing the meaning of words and phrases.

African greys need plenty of toys that challenge their intelligence, such as foraging and puzzle toys. Nutri-Berries by Lafeber Company are perfect for foraging. This complete food blends a balance of grains, seeds, and other nutrients in the shape of a berry. Because the grains and seeds are mostly whole and formed into a berry shape, it encourages African greys to hold, nibble, and even play with the Nutri-Berries. This mimics the foraging that African greys do in the wild.

African greys seem especially affected by stress and commotion in their environment and can be put more at ease by placing one corner of the cage against a wall as opposed to in the middle of a room.

African grey parrots are more prone to deficiency in vitamin-A/beta-carotene, and therefore benefit from eating vegetables high in beta-carotene, such as cooked sweet potato and fresh kale. Vitamin-D deficiency is another concern, especially for greys on a poor diet. Offering a balanced, pelleted diet, such as Nutri-Berries, for the main diet of an African grey helps prevent vitamin and mineral deficiencies. A grey that consumes a pelleted diet generally does not need vitamin supplements added to its food.

Most bird keepers believe that only an experienced bird enthusiast should keep a grey. They are complex parrots, highly sensitive, and more than a little demanding. They are also charming and brilliant, but this match of sensitivity and brains can lead to behavioral issues. They are creatures of habit, and even a small change in routine can make a sensitive grey unhappy. They are prone to plucking and chewing their feathers, among other bad habits. Anecdotally, the TAG has a hardier attitude and may be better for households with a lot of people coming and going. The CAG prefers a little less chaos.

African greys are social parrots that need a lot of hands-on time, however, they aren’t “cuddlebugs.” They will tolerate some head scratching and a little bit of petting, but they do not appreciate intense physical contact, though some individuals don’t mind a little snuggling. Every bird has individual tastes and preferences. A grey can also become a “one person bird,” even if every member of the household socializes with it from the beginning.

Much of the grey’s appeal comes from its talking ability. It is among the best talkers in the parrot family, able to repeat words and phrases after hearing them just once or twice. This bird reaches full talking ability around a year of age, and most individuals become capable mimics much earlier.

Not only will a grey develop an outstanding vocabulary, research has shown that this species can come to understand what it’s saying. The most famous CAG, Alex, and his colleague, Dr. Irene Pepperberg, may be the reason for the popularity of this species, and certainly for its high profile. Alex and Dr. Pepperberg worked together for 30 years at Brandeis University until his unfortunate death in 2007, due to a catastrophic event associated to arteriosclerosis (“hardening of the arteries”). In their three decades of research, Dr. Pepperberg taught Alex to recognize and identify objects, colors, and shapes. Alex could also understand the concepts of same and different, category, and could even count objects. Though Alex was on his way to much more complex thought processes, including how to read, his fellow African greys Griffin and Arthur (AKA “Wart”) are continuing to work with Dr. Pepperberg trying to reach the point that Alex had reached and even further.

But just because greys are smart and may choose to talk rather than scream, it’s a mistake to believe that they aren’t noisy. They aren’t as loud or persistent as some of the South American species, but they will learn household sounds and use them tirelessly to the dismay of guardians. Imagine the microwave beeping incessantly, or a cellphone ringing madly without the luxury of turning it off.

African greys are can be susceptible to feather picking, calcium deficiency, vitamin-A and vitamin-D deficiency, respiratory infection, psittacosis and psittacine beak and feather disease (PBFD) as with many other parrots.

Get an African Grey Parrot

There are two distinct subspecies of the African grey parrot: the Congo African grey (Psittacus erithacus erithacus), also called the red-tailed grey and the CAG, and the Timneh African grey (Psittacus erithacus timneh), or TAG. Often the large Congo greys were “Cameroons” because they were once thought to be a subspecies from that area, but in truth, the larger birds were smuggled into Cameroon and had that country listed on their export papers. These birds tend to come in a variety of sizes and shades of gray because their natural habitat is so large. However, the CAG, no matter the color or size, is still the same subspecies.

The CAG is more popular of the two subspecies, being larger and having a scarlet tail and black beak. The TAG is smaller with a much darker gray body, nearly black, with a horn-colored beak, and its tail ranges in color from maroon to dark gray or black. Both birds make equally fine companions.

African grey parrots are more likely to be available in avian-specialty stores or from a bird breeder. African greys are also sometimes available for adoption from bird rescue/adoption organizations. 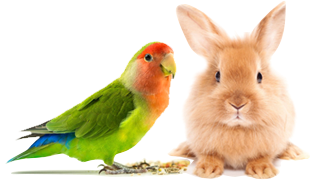